Many cities have iconic landmarks that are known throughout the world. So, for example, everyone knows Paris by the Eiffel Tower, Rome by the Colosseum, Athens by the Acropolis, Barcelona by the houses of Gaudí, and with which landmark architectural monument is Odessa associated? It is very difficult to give an unambiguous answer to this question, because for someone it is the Odessa Opera and Ballet Theater, and someone will say that of course the monument to Duke de Richelieu and Deribasovskaya Street, Primorsky Boulevard, but for many it will be simple Odessa courtyards that still retain the spirit of old Odessa. Entering the courtyard, you can enjoy truly Odessa houses, linen hung across the entire courtyard, a unique style of communication between neighbors, and, of course, lazy and well-groomed cats that live, and even more correctly, dominate them.

There is a whole cult of cats in Odessa, and since 2017 they have been recognized as part of the ecosystem, and accordingly there are a number of programs for their treatment and vaccination. But why exactly cats – neither dogs nor pigeons? And everything is very simple, the whole history of our city is inextricably linked with these cute pussies. Cats lived on the territory of the city even during the times of the Khadzhibey fortress, and with the construction of the city their number only increased. They were priceless and punished with a large fine for their theft. But why? The answer is simple – they hunted rats and mice. Odessa is a port city, and there was a cat on every ship. Keeping a cat on the ship was not only pleasant, but also beneficial. The tailed beasts did not allow mice and rats to board the ship, and, accordingly, food and cargo were not threatened. In our city initially there were many breeds of cats, because often mouse catchers from ships went on land to take a walk and did not return. And in the city, where grain trade was one of the main occupations, cats were simply a necessity. They were always kept in large quantities in the port and in warehouses in order to preserve the goods as best as possible. The tradition of keeping obstinate pussies has survived to this day.

Monuments to cats
In many apartments, houses, and especially in yards, whole cat families live. And many tailed inhabitants even became prototypes for monuments. Yes, yes, in Odessa they love these animals so much that they created a project – “Odessa cats”. This idea can be compared to the “Chopin musical benches” in Warsaw or to the Wroclaw dwarfs. More than 20 sculptures have been installed in different parts of the city, and already make up a whole map for tourists who want to find them and take selfies.
Now we will tell you about all the cats and where you can find them. The first in our list will be the “tailed thief” located at 16 Bunin Street. The sculpture is installed on the roof, where a joyful cat “sits” who stole sausages. The next character is “Aunt Sonya’s cat”, which is located in the fish row of the well-known market – Privoz. A little away from the fish building at Panteleymonovskaya street, corner of Leontovich street, there are singing cats – “Do-re-meow”. Outside the old center, there is a “cat-hunter”, which stands on General Petrova Street, 26. In 2018, two sculptures – “Sphinx cats” were installed on the Voenniy Descent right next to Teschiny Bridge.

The following characters can be found in the courtyard of the Museum of Personal Collections. A.V. Bleshunova – “Cats and Tulle”, a purely Odessa composition. Near the sea, next to the Lanzheron beach, one cat is resting right on a lamppost – the sculpture “cat-lantern”, and after walking a little further you can meet “Chilik the cat”.

The prototype for the next hero was a cat who lived in the New Market and her name was Bazarina. Until now, I could not reach it, no joke, the “mistress of the bazaar” weighed 18 kg. The sculpture can be found on Torgovaya Ugol Sadovaya Street, in front of the entrance to the meat building of one of the oldest bazaars in the city – New Market. On Devolanovsky descent you can see the “cat on the wall”.

A few blocks from our hotel, on Marazlievskaya street, corner of Bazarnaya, on the windowsill of the World Club of Odessa residents, there is “Maurice the cat sleeping on Mikhail Zhvanetsky’s briefcase.” The prototype, of course, is the famous author’s favorite cat. In our age of digital technologies, they could not ignore the topic of cats and gadgets – on a bench at 1 Mayakovsky Lane, they installed “Pushinka – Gamer Cat”. Three blocks from our hotel, “Cat Ginger” sleeps on the railing. In the Victory Park right in the middle of the pond – the “Stained Glass Cat” is sitting. In the park named after T.G. Shevchenko, “Scythian cat” is located. And on Lanzheronovskaya street, 12 sits “Walter the cat”. We cannot fail to mention the cat Sopha, resting on Catherine Square. Only when it gets dark can you see in the very heart of Odessa, on Deribasovskaya street, 20 – a projection of two neon cats on the house.

And next to the tattoo parlor on Vera Kholodnaya Square, the Trushny Tatushny cat is sitting in a cage. On the not unknown French Boulevard, 28 – next to the Anatra dacha, there is a “cat Siphon”. The collective image of the cat Vaska and his beloved sprat in tomato sauce was installed at the very beginning of Grecheskaya Street, in house number 5. As you can see, after going through the entire center, you can see all the cats and examine them with your own eyes. New sights always attract tourists, especially if they are truly connected with the history of the city. 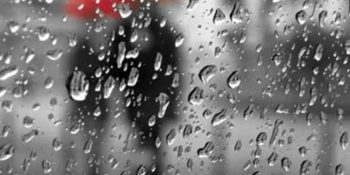 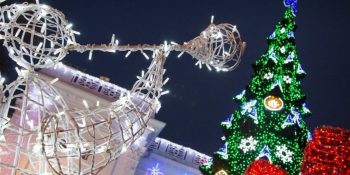 What to do for the winter holidays in Odessa?
Odessa cuisine 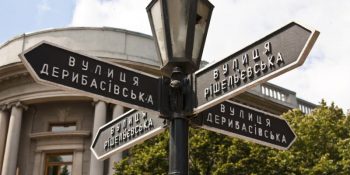 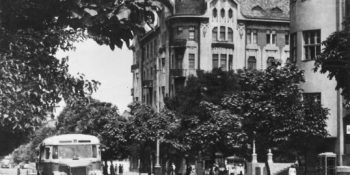